Franchise for all British Expats in the EU is not rigging the Referendum!

Posted on December 19, 2015 by right2vote4xpatbrits

The consequences of a Brexit for the 2 million or so British citizens living within the rest of the  European Union (EU), as well as the impact on the UK should they be forced to return, remain unclear. However, many will be excluded by the 15-year-rule from voting in the EU referendum although they will also have to live with these consequences, in common with all 16 and 17-year-olds in the UK, tax payers or not.

To change the franchise accordingly is not rigging an historical poll such as the EU referendum, or setting an unhelpful precedent in advance of the Votes for Life Bill, in the case of British citizens living within the rest of the EU.

In a Letter to the Editor and published in The Times of Thursday December 17th, Pamela Somerset writes from Brussels:

“Sir, You advocate that 16 and 17-year-olds should be allowed to vote in the EU referendum (leader, Dec 15), but what about the 2 million or so Britons living in the rest of the EU? Surely it is of great and more immediate importance to them whether Britain stays in the EU or not. Furthermore, a vote to leave the EU could result in these 2 million Britons returning to the UK, overloading the housing market, social services and particularly the NHS, as many of them are elderly.” 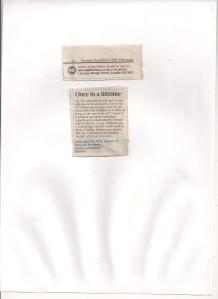 MPs in the House of Commons have subsequently overturned an attempt by peers in the House of Lords to ensure that 16 and 17-year-olds can vote in the European referendum. This followed warnings from government ministers that changing the franchise just for the EU referendum would lead to claims that the historic poll was being rigged.

Presumably the government also fears being accused by Eurosceptics of rigging the EU referendum, if they changed the franchise to allow all British expats within the EU to vote.

13 Responses to Franchise for all British Expats in the EU is not rigging the Referendum!