Lord Lexden, our great supporter in the House of Lords for removing the current 15-year-limit on the voting rights of British citizens living abroad, has written a letter in The Times (refer below) highlighting the unyielding opposition to women’s voting rights, which extended up to the highest political level in the early part of the last century.

A century later, shouldn’t you make sure as a younger British woman (or indeed man) living overseas that you are registered to vote in the 2015 general election? It’s now been made so much easier to register on-line to vote here.

The execution of Edith Cavell made a profound impression on the then prime minister, Herbert Asquith (“Wartime heroine Edith Cavell is honoured with £5 coin”, July 5).

“She has taught the bravest man amongst us a supreme lesson of courage,” he said in 1915, and in this United Kingdom and throughout the Dominions of the Crown there are thousands of such women, but a year ago we did not know it.”

Overnight this hitherto unyielding opponent of votes for women, who had been physically attacked by Mrs Pankhurst’s suffragettes, was converted to the cause.

“No votes, thank you.” Postcard by the National League for Opposing Women’s Suffrage, London 1912 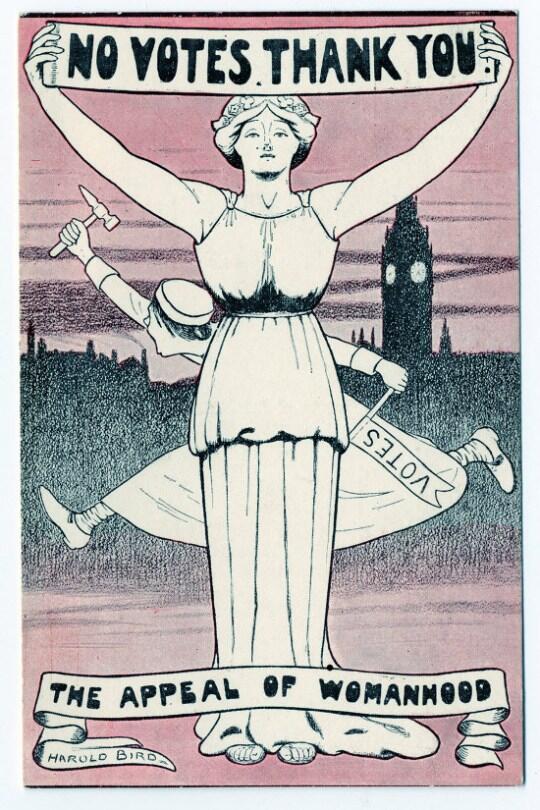 1 Response to A century ago British women still couldn’t vote!